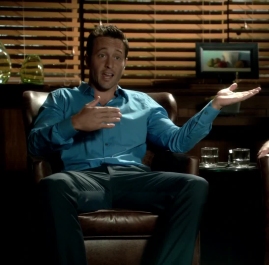 I have had a long debate with myself about what to do with these first episodes of Season 5 and the rest of Steve’s story and maybe forward beyond Episode 100. For 93 days now we have been following the life of Steve McGarrett. The overall highlights and low points of the last 4 years, with some references to earlier times as well. As you know, I have been trying to tell the story straight forward as it happens, with a few (or maybe a lot of) questions here and there. I also sometimes mentioned my disappointments around the story we were given – maybe taking it a bit too seriously 😀 .

It is evident that the show doesn’t take itself too seriously and is more about the procedural of a modern-day ‘Cowboys and Crooks’ playing itself out in the beautiful Hawaii. It’s about the action and the chases. It’s about half naked beautiful people having fun in the sun. It is about us being entertained. Maybe I should also take a less serious look at it …….. 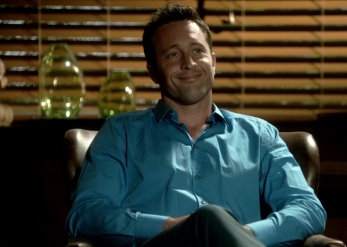 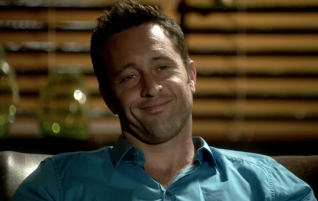 With Steve’s background story on hold for this time, it is a bit frustrating and there is not much to say. But I decided to address the stories that might influence his Ohana overall.

The Island is under siege from a man operating a weaponized drone. And the team needs to pull all their resources to get to the bottom of the attacks and save the Island. Steve gets shot in the leg in the process……. 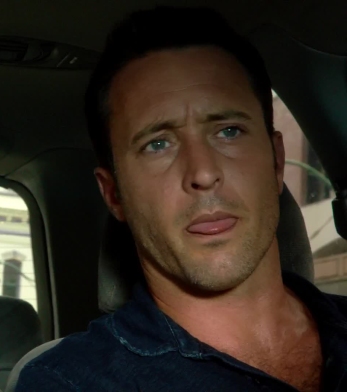 After the team all wheeled Steve out of hospital, Jerry takes him back home. And Chin goes on to visit Gabriel in prison.

Gabriel: When I heard you were coming to see me, I asked myself, “Why?”. And then I realised, it’s the two-year anniversary of my sister’s murder. Which means you must be here to apologize for letting it happen.

Chin: I’m here about the Twenty Five Million in off shore account you tried to bribe me with. Internal Affairs has been watching me ever since you were arrested. They think I have that money.

Gabriel: It’s not my problem.

Chin: I want you to write an affidavit that says that money never changed hands.

Gabriel: Why would I do that?

Chin: Because, maybe for once in your miserable life, you wanna do something decent.

Gabriel: Let me think about it. I’ll get back to you.

Boy oh boy! I really found this conversation amusing. Really thought Chin would be less naive than to think a sociopath that has proved himself capable of murder and torture and who is head of a drug cartel, could be asked to do something decent. And by signing such an affidavit, Gabriel would admit on paper that he does have an account like that. Why would he do that to the authorities? Implicating himself and losing his resources with it. 😕

Also weird that he would think that such an affidavit really mean anything to IA? It will be the word of a convicted murdered and drug dealer, against their suspicions (and they seem to be stubbornly holding on to those). These guys from  IA must really be very desperate, to be following Chin around like this for all these months. It is just ridiculous in my eyes, especially if they are doing it so obvious, that he knows they are doing it. What do they expect him to do? 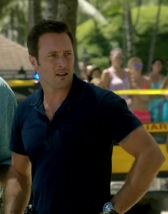 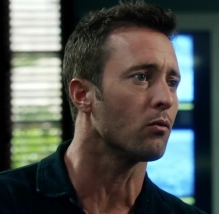 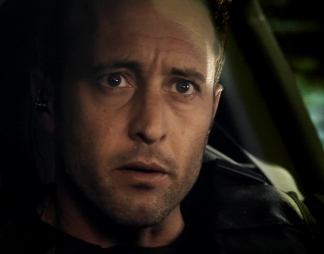 When Danny arrives back at home after dropping his car off to be repaired, he finds a surprise visitor in his house….

Marco: I believe Grace isn’t due back from school for another half hour.

Danny: Whoa, whoa, whoa. Stop. What are you doing in my house? Who are you?

Danny: Oh. That supposed to mean something to me?

Marco: Your brother never mentioned me to you?

Danny: My brother. No he didn’t.

Danny: What is it that I can do for you?

Marco: Your brother took something from me. And you’re gonna help me get it back.

What happens next is a real mystery to me. Does Danny arrest him? Does he let him go? Kind of like a Soap Opera – tune in tomorrow…….. 😀

Not quite as good as previous epi, but still enjoyable. And we still didn´t get Steve in a costume for Halloween! Why not?! 😦 I´m still wishing for Steve to dress up as a vampire (for some odd reason).

Jerry´s trouble is now taken care off, though I think Steve and D could have been a bit quicker to figure out the shooting, in front of Jerry, being a hoax.

Biggest surprize (to me) was bringing Ellie back, so soon. Though they where only fishing, but at Steve´s place and then she makes him gut the fish and cook for her…. It appears Ellie is making passes at Steve. I think I hear distant violins (and slightly louder Peter, yelling “They are just friends. Just Friends!”)

They are just friends, fishing together, having a beer. (How far to the bedroom? 😉 )

Maybe we will be getting daily treats throughout the entire week! Nice 🙂 They really should post some videos too. Many requested it especially of Alex playing his guitar. Wouldn´t that be wonderful?
Here´s the pics with Alex (the coloured ones already posted by others, so I chose to do them b/w), so far 🙂

#selfie with our shrimp boys Taylor and Shawn!

Goofing off and taking a #Selfie 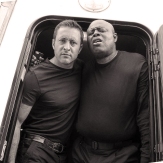 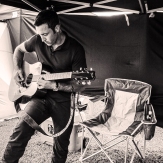 Alex showing off his guitar skills in the cast tent @rachelcerettophotography 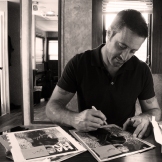 The boys relaxing onset and watching a YouTube video