The season 5 H50 premiere in Hawaii is happening again. I have been watching lot of the previous year´s videos and enjoying Alex having fun with his fans. He really cares for the locals, and wants them to have SOTB as a thank you, for putting up with the H50 production causing disturbance in their neighborhood. Alex is also deeply humbled by all his fans flying from far away to see him.

If you can´t be there in person (like me and FOYeur and billion others) here are some sites to keep an eye on, to be there in spirit with them. Enjoying the crazyness of screaming fangirls 😀

Click on the blue text for links. Currently we don´t have the exact url for Star Advertiser or Honolulu Pulse, but as soon as we are given that info, we will update the links. Red-carpet arrival of cast and crew begins at 6 pm and S5 premiere screening follows at 7 pm.

Star Advertiser will have live video!

Honolulu Pulse will have live blog from the event

Alex long time fanblog, Long Legs O`Loughlin (LLOL), will have live streaming, like on previous years. They have a dedicated group of ladies attending and having a blast always 🙂

One thing is clear, looking at the footage of previous years, Alex really loves people turning up at the event. His worst nightmare would be just to see a couple of drunken tourists show up. We love to see him smile, happy and loved by his fans 🙂 And he is always so willing to sign autographs and have his pics taken. Lovely man

And for some eye candy I put together a compilation of our smiling hunk from SOTBs so far. Enjoy!

The Steve McGarrett Story – No #44

I’m sorry I couldn’t be there in person to tell you this, but I need to find Joe White. I think he lied to me about the identity of Shelburne and I need to get the truth. Shelburne is the real reason my father was murdered and maybe even my mother. And until I get some answers, I can’t do this job right.

Danno, I’m gonna need you to hold down the fort for a while. I’ll be in touch.

Danny calls Steve…………….. Steve rejects the call and he gets on a plane in Tokyo, Japan.

Do you think it is really part of Steve’s personality not to take Danny’s call? Or was it the circumstances that made him do it? Maybe he did not really want to try to explain? Or maybe he did not want to hear Danny’s whining?

Or was it maybe just because Alex was not available for filming, that made the writers do it like that? 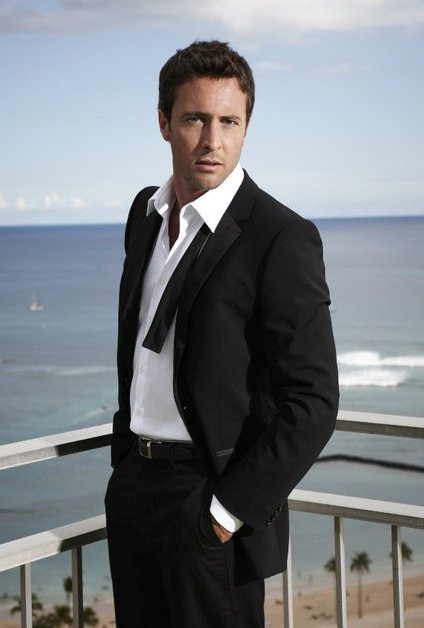 TVaddict: As I’m sure you know, HAWAII FIVE-0 will be the third go-around with CBS. Would it be fair to say you feel more confident this time around?

Alex: Yeah, I do. I don’t want to take anything away from the other shows I’ve done because I’ve worked with some incredible people and some wonderful showrunners. But the thing is there’s a reason things either work or don’t work in television. And I don’t know what the answer is. I just sort of keep blundering along to the next thing and hoping. That said, this has — the team behind this, I mean, the two men who are at the helm of this show (Peter and Alex) and the writing staff that we have, it just feels, everyone feels so capable. And having seen what they did with the pilot, there’s just something special about it. So I mean if this one doesn’t go, I’m completely bewildered and have no idea how television works at all.

TVaddict: Where do you start when it comes to tackling a role that is this iconic. Do you go back and look at the original series or do you just start from the script you’re given and take it from square one?

Alex: If you can remember, the old show was taken off TV 40 years ago and there’s been a lot of changes in television both in terms of the way we act stylistically and what we can do with special effects, stunts and all the rest of it. So it’s not a remake. We’re not kind of picking up where they left off. It’s a reboot, and the characters are very different. In the old show, you don’t know much about the character Jack Lord played. Whereas in our new show, you learn a lot about Steve McGarrett and I just did my character work based on the script that these guys wrote.

TVaddict: In terms of character work, the old McGarrett was stoic and unbending whereas your take seems to be more colorful. How did you come up with that and what was your take on McGarrett’s version? 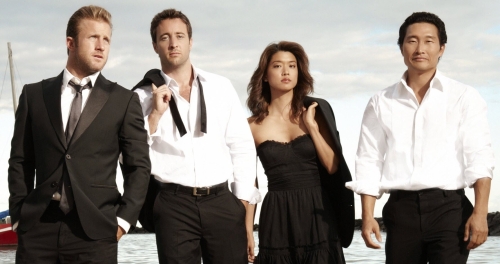 So this guy, he’s a really interesting case study for me as an actor and as a sort of researcher of human movement. My job is character. That’s the only thing that I have any kind of control over. It’s the only thing I have any input into, really, I mean, at the end of the day and that’s what I’ve been trained in and that’s what I really enjoy doing. So I guess I came to this and did the character work that I always do. And I found a lot of layers to this guy.

TVaddict: Do you think it’s a reflection of our times that nowadays we can accept a leading character who is not absolutely good or absolutely bad, that you can show a flawed human being?

Alex: I think so. In some of the other work I’ve done, the other bits get cut out and they will show you one version of the performance that I’ve done, but I never deliver a performance on the day that is just one thing, because it’s inaccurate to all of us. None of us are just purely benevolent or malevolent. I mean, it’s not possible in human nature, unless you’re Ghandi. The more flaw you bring to a character or the more balance you give your character with flaw, the closer that character moves towards everyman, you know. And if that character is an everyman, then we can all sit back and relate to them like we can’t relate to a superhero.

TVsddict: Has your co-star Daniel Dae Kim been helpful in acclimating you to shooting in Hawaii?

Alex: He has. He showed me where all the good sushi was. [Interjects executive producer Peter Lenkov, “He’s sort of the unofficial mayor of Waikiki”]

That’s true, his poster’s in every shaved ice shop.