The Steve McGarrett Story – No #37

Just for interest sake – the schedule for Hawaii Five-0 broadcasting has been released and it looks like our countdown to the 100th episode on the 7th of  November, will work correctly. We are just over a third of the way, but still a lot of Steve’s story to cover. I must admit the episodes that we are currently with, are very difficult for me to ‘study’.

As you will see I post a minimum of pictures. The only thing that makes me ‘handle’ it in  a sense, is the knowledge that Alex made it through the mental and physical pain, that is so visible in these pictures and that things recovered so wonderfully for him!  It definitely took courage to admit a problem and to address it and “survive” it.

Life is not about never stumbling or falling, but how we get up and move forward!

But let’s continue with our story………..

Chin picks Joe up at the airport.

Chin: It’s your second trip to Japan in two months.

Joe: What can I say? I’m a sucker for karaoke. Something on your mind?

Chin: Hiro Noshimuri. HPD has evidence that he was murdered, Joe. I’m not directly involved with the investigation, but I’m told they’re starting to look at you.

Joe: I did not kill Hiro Noshimuri. We had a conversation, and when it was over, he walked away. If he’s dead HPD should be looking at WoFat.

Chin: Why would WoFat want to kill the head of the Yakuza?

Chin: Did Noshimuri tell you who Shelburne is?

Chin: The problem is you were the one seen taking  Noshimuri at gunpoint. HPD isn’t going to just let it go.

Joe: Apparently neither is the Yakuza. We got company.

Chin confronts Steve about Joe and plants a seed of doubt with him.

Chin: Maybe you should reach out to Joe.

Chin: Okay, I  know you trust him.

Steve: Of course I trust him. I mean he’s like a father to me. When my father wasn’t around, he was, for years.

Chin: That was a long time ago, Steve. People change. How much do you really know about his life over the past 10 years?

Steve: He saved my life, Chin. More than once.

Chin: I get that. I do. But I’m telling you, he’s hiding something. Why does he keep going to Japan? And what does he really know about Shelburne? And do you really believe he didn’t kill Hiro Noshimuri? I’m just saying you might not know the whole story. 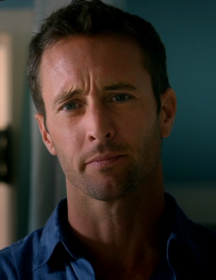 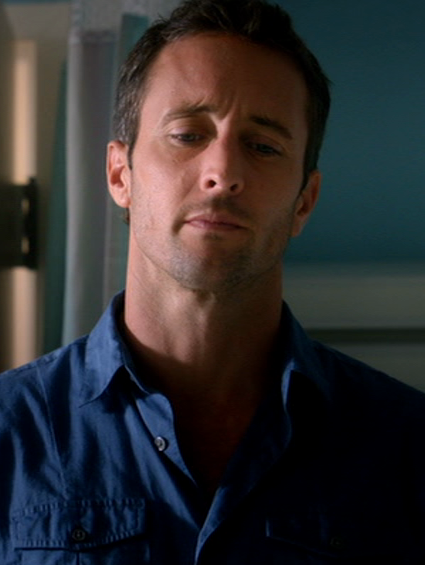 Steve gets a call and he leaves for HPD to talk to Joe where he is being questioned by the police.

Steve: You gotta come clean with these guys. I mean, you know that right? You gotta tell them everything.

Joe: What is it you want me to tell them?

Steve: Why you went to see Noshimuri. Why you are the last person to see him before he disappeared.

Joe: You are interfering with something that you don’t understand.

Steve: Why don’t you explain it to me, Joe? Tell me what the hell is going on! You gotta wake up. The walls are closing in on you. HPD wants answers. The Yakuza wants blood. Shelburne. Is he worth this, huh? Is he worth going to jail for? Is he worth dying for, Joe?

Joe: People already died, son. I’m trying to make it stop! I’m getting out of here. Cops have nothing on me.

Later the day, when Steve can’t get ahold of Joe, he goes to his place and find his keys still in the door and his phone on the floor. He realises that Joe was abducted. He finds Joe at Adams’ place, where he is being beaten and questioned about Hiro’s disappearance. Of course Ninja Steve and his gun get Joe out of there. He  drives Joe home.

Joe: You realise, you just started a war with the Yakuza.

Steve: No Joe. You did that when you grabbed Hiro Noshimuri, okay. They think you killed him.

Joe: Well I didn’t kill him. I helped him fake his death.

Joe: I can’t tell you that. 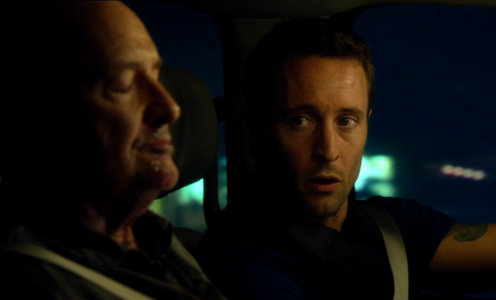 Joe gets out of the car and walks away…….. 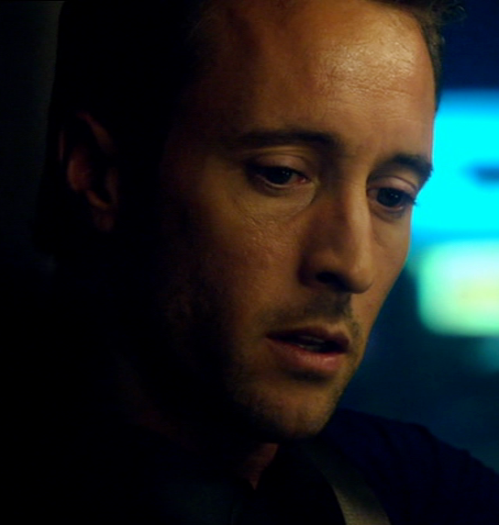