The Steve McGarrett Story – No #27

Steve and Joe do some bonding on the Ulupa’u Crater Rifle Range…..

Steve: Yeah, he taught me how to break it down before I was allowed to fire a shot.

Joe: He told me about this place. Your father wanted to bring you here.

Steve: He promised me a hunting rifle for my 16th birthday. Then things changed.

Steve: So when are you going back to Coronado?

Joe: I’m not. I put in for a transfer to Pearl Harbor. Overseeing SEAL team training.

Joe: The island seemed like a pretty good place to wind it down.

Steve: The thing is Joe, I mean you’re not really a fun-in-the-sun, hang-loose-aloha type.

Joe: They let you stay.

Steve: Yeah, they did.

Joe gets a call about the death of one of his old SEAL students. It is ruled as a suicide, but something seems wrong and Joe asks Steve to investigate

It seems like Kono is doing a good job with her undercover work for IA. She meets with Frank Delano, a corrupt ex-cop. (Frank Delano –  In about a year’s time, he is shot and killed in cold blood and at close range by Chin, as revenge for his wife Malia’s death)

Frank: You want a drink?

Frank: I don’t trust cops who don’t drink. Especially ex-cops. So have a drink.

Frank: Don’t worry. Fryer and his IA rat squad will get theirs.

Frank: Listen Kono. I don’t wanna sit around all day and play footsie. A person with your skill set and job experience has a certain value in my line of work.

Kono: And what kind of work is that?

Frank: It’s kind of like police work. Except the bad guys we take down, we don’t read Miranda. We just take their money.

Kono: So you provide a public service.

Frank: I have a job opening.

Kono: What kind of job?

Frank: I think I’d like to ease you into it first. Provide us with some information about an upcoming HPD raid, and we’ll see how that goes.

Kono: How do you expect me to get you that kind of information?

Frank: You’re a resourceful woman, Kono. You figure it out.

After the suspicious deaths of two SEAL’s the team follow the leads and working with Commanding Officer Wade Gutches, they track down an assassin who is killing the members of SEAL Team 9 on behalf of a drug cartel. Steve saves the one SEAL,  Lt. Bradley Jacks, in mid-air when he is tossed out of a plane while drugged and unconscious. As reward for the save and the intel they collected, the team is allowed to watch the raid on the cartel. 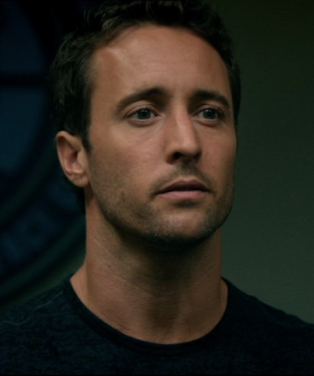 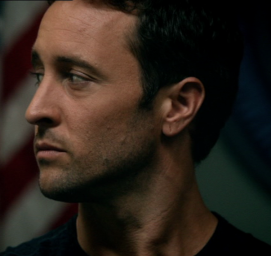 Danny: You did that stuff?

Steve: I neither confirm nor deny

(For me Danny’s question here is kind of strange  – I’m pretty sure that is what SEAL’s do – especially if you have been one for 10 years? 😀 ) 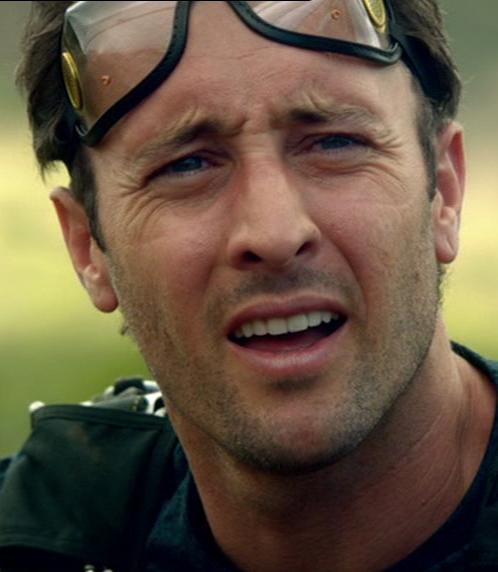