The Steve McGarrett Story – No #12 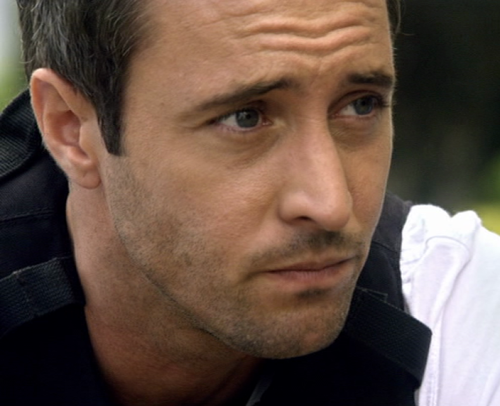 It  is Christmas time. The body of a major arms dealer is found in the ocean. The team follows the trail and discover that Steve’s worst nightmare since he shot Victor Hess is true…….

Steve [on the phone]: This is Steve McGarrett, get me the Governor. I don’t care what she is doing. Pull her out of the meeting. Tell her the man that killed my father is still alive.

While trying to locate Victor  and find his hiding place, Steve and Danny visit Sang Min in Halawa Prison. Danny complains about the few hours he will have with Gracie for Christmas and that he can’t do something substantial for her to enjoy.

Steve: Listen to me, I know something about being raised by a single father. All Grace is gonna remember is that she spent Christmas with Dad, okay?

(I really do not know what Steve really meant by this statement. As far as we know, Steve left for the mainland at age 16 and did not return home. Difficult for him then to have any feeling of being raised by a single dad. Or maybe he meant – after his mom “died” and they were sent away, they spend no time with their father at all, but at least Danny will have that 6 hours with Grace)

Sang Min will help them with info, but the only way he can do it, is by personally introducing them to one of his old contacts in person. They book Sang Min from prison to help them. They manage to locate Victor, but he escapes with the help of Sang Min. Steve and Danny follow the signal from Sang Min’s ankle bracelet, but while they are still trying to get there, Chin is surprised and knocked unconscious by someone. Victor and Sang Min get away with Chin as prisoner. 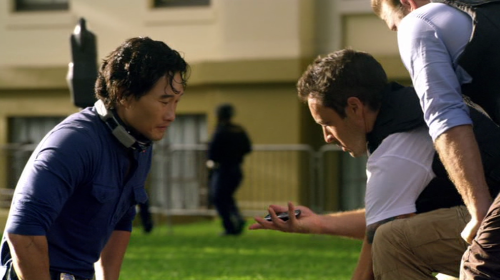 We never get to know what the team did during the night to try and find them? The next morning, Chin strapped to a bomb is found in front of headquarters. Victor phones and tells them he wants 10 million dollars as ransom for Chin’s life. The Governor says she won’t negotiate with terrorists and refuses to give them the money. Kono informs Steve and Danny that Chin knows how to steal the seised drug money from the police asset forfeiture locker. It is the same money that Chin was accused of stealing $200 000 dollars from, when he was suspended. 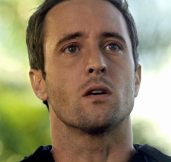 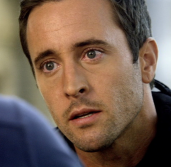 Danny: All right. For me, I just wanna know. Are we really  gonna go break into a police safe and steal drug money? Is that it?

Steve: I know what you’re going to say, all right. We’re cops.We don’t steal. There’s gotta be another way. There’s not another way, Danny. Look around okay. By the way. I’m not a cop. I’m a SEAL.

Danny: Okay. Would you relax? Don’t get me wrong. Okay, Superman. Bring it down. Just a notch, all right? Our boy’s in trouble. We do what we gotta do. I understand that. I’m just trying to measure the level of insanity we’re dealing with.

Steve and Kono steal the money.  Unfortunately a little old lady sees Kono waiting for Steve outside the building…….

They set off to meet Victor with the ransom money, Kono with her sniper rifle as back-up for Steve. Kono shoots the bomb trigger device from Victor’s hand. Steve overpowers him and deactivates the bomb around Chin’s neck. Unfortunately Victor already threw the bag with 10 million dollars into the fire. They save Chin, but they can’t return the stolen money……… 😦 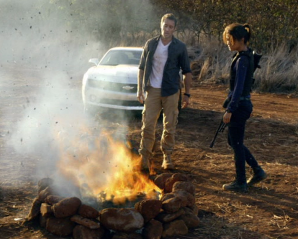 Danny: What did the Governor say?

Danny: Yeah, well, that makes two of us.

Steve: I just told her that it’s one of those glass-half-full kind of moments. Yes, Sang Min is on the lam, but Victor Hess is locked up, and he’s not gonna see the outside of Halawa correctional in his lifetime.

Danny: How about the money?

Steve: I didn’t tell her.

(Of course Steve’s words were kind of prophetic – Victor will die there in Halawa, within the next six months)

It is Christmas Eve. Steve and the team spend the evening together to make it a bit more special for Gracie. It is events like that which they experienced together for the past few days, that form the type of “glue” that bond people together for a lifetime.

A surprise visitor meets with Victor in prison……… we meet WoFat for the first time in the story.

Victor: [Sigh] WoFat. What are you doing here?

WoFat: I have a question for you. One I needed to ask in person.

Victor: What is it?

WoFat: How much does Steve McGarrett know about what his father was investigating, before you killed him? How close is he to the truth?

WoFat: Well, we can’t have that now, can we?

Photoshoot – Ready to fight off the ladies 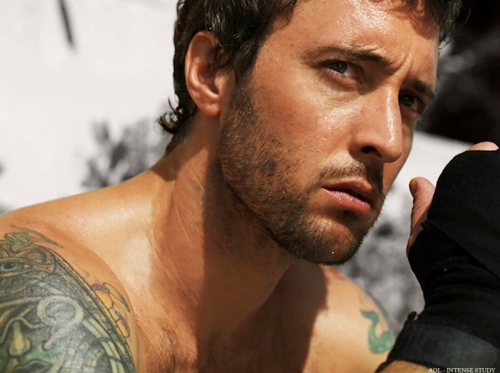 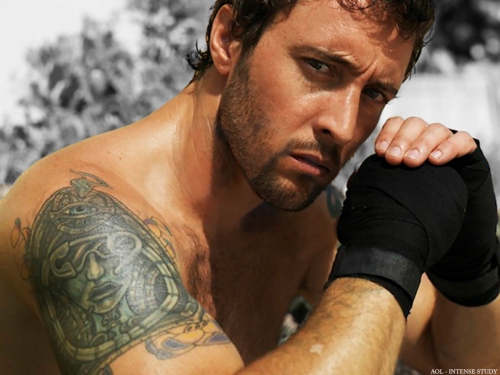 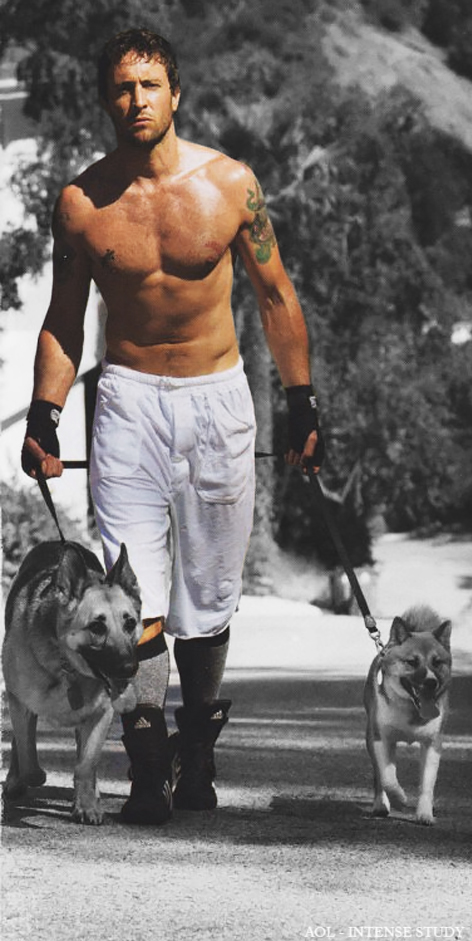 Also want to point out that Ess on aolww has made a great gallery of screencaps and various photos of Alex. Got the top 2 images from there, though I tried to erase the watermarks. This is a place to visit https://www.flickr.com/photos/aolww/sets/

And if I were to do a photoshoot with Alex, this would be more likely click