Josef is nearly the victim of an assassination attempt, which is tied to a human woman in a coma, the love of Josef’s life who went into that state when he tried to turn her into a vampire.

“An important episode for Mick,” observes O’Loughlin. “There’s the shot when Beth is in the cab and he just walks away, which pulls back to a wide shot. That isolation, in a sense, is the way he feels through a lot of this episode. Also, Josef has kept all of this from him. He’s supposed to be his best friend and his only real ally in life, and he’s been keeping this huge secret. Beth has gone back to Josh, because she’s gotten a sense of what her future could hold, and I think Mick is feeling more isolated than ever. Very strong episode.”

The Faces of Mick: 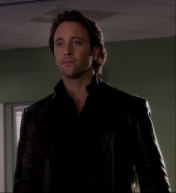 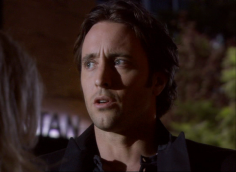 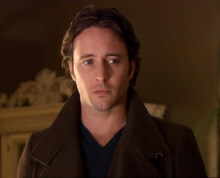 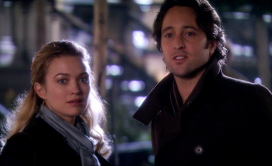 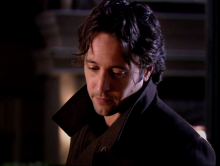 Filed under articles, Mick wants to kiss you gently with his fangs., Moonlight