A supposedly reformed murderer is freed from prison. Aware that Mick is a vampire, he goes back to his old ways and won’t stop until Mick turns himself into the police. In the end, while attempting to rescue a potential victim, Mick is shot with a silver bullet while Beth handles the killer. Later, she finds Mick trying to heal himself by feeding, discovering that he is a vampire.

“I really like number two,“ O’Loughlin enthuses. “The end of the episode made it one of the favorites for me, because Beth finding out so early about Mick was shocking to me. First, as an actor. I thought, ‘Oh God, what are they doing? They’re going to ruin our show.’ But it actually works really well and sort of gets that discovery out of the way, allowing us to get down to brass tacks. So the show is not about, ‘Oh my God, is she going to find out?’ It’s about the relationship between these two people and the love that’s gradually building between them.”

The Faces of Mick: 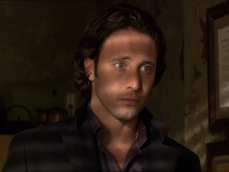 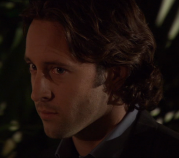 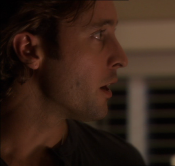 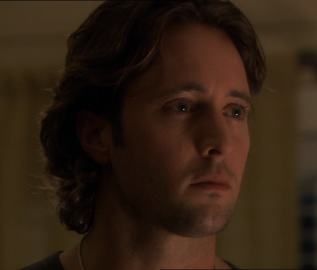 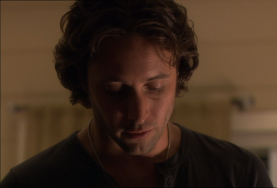 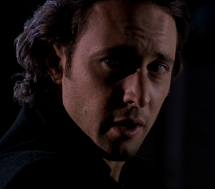 Whenever I see this episode, I always think he can’t get any prettier than he was here…….

Filed under Mick wants to kiss you gently with his fangs., Moonlight