Straight from Hollywood: #AlexOLoughlin – Tough guy with a soft side. (October 2013)

Tough guy with a soft side

by Margaret Gardiner (member of the HFPA),

Steve McGarrett may be the tough, no-nonsense leader of the Hawaii Five-0 Task Force, who’s often seen as aloof and willing to do just about anything to catch a crook……. But his portrayer actor Alex O’Loughlin has a softer, far more family-orientated side. 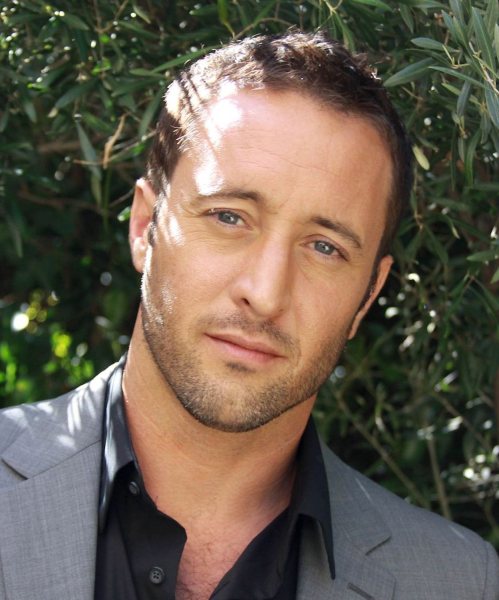 Margaret: Do you enjoy the action on the show?

Alex: I did a lot the first year and I had to use a lot of medicine to get through the injuries. Now I do fewer less stunts.

I still have a lot of action and I’d love to do action films, but it’s getting hard to stay on top of it.

Scott Caan (Danno) has the right idea – he’s got a stuntman to open the doors of the car. He’s like. “No, I’m not doing that.”

Margaret: Have the requirements changed over the seasons?

Alex: No, I think I got smarter. I have a couple of kids now, so I think more before I jump into something. Except for when I jump up and grab that helicopter in the first episode of season 4, as it’s taking off.

I didn’t think about it. I am running across the football field and I just jumped and grabbed onto it as it took off.

I got into trouble from the stuntman. He’s like, “Are you out of your mind?” It just seemed the thing to do.

I was a lot more impetuous the first season and I got hurt. We do big stunts. It’s a big action show and but it’s TV: you don’t have time to rest, prepare, recover.

Margaret: You live in Hollywood, but are based in Hawaii to film the show. Don’t you ever get cabin fever?

Alex: As an actor one get used to it to hanging your hat somewhere and calling it home. I’m good at that. I didn’t know anybody when I first moved to Hawaii and I felt exposed and caged.

I tried to get the producers to shoot the show in LA, but they were like, “You’re out of your mind!”, so I lost that battle.

I have no anonymity, which I hate because I’m very private and protective of the kids, but Hawaiian people are very loving. I don’t feel like I’m being attacked, like I do on the street in LA.

Margaret: So how do you escape?

Alex: In my family. I do very little outside of work, aside from be with my family.

My kids are my everything – I love being with them. I love my home.

Margaret: How many kids do you have?

Alex: Two – my 16-year-old son Saxon and a one-year-old son Lion. Spike’s my four-and-a-half-years-old stepson. My house is a man factory.

Margaret: Is it difficult to stay centred?

Alex: I love working on my house myself. I brought a fixer-upper and  even though I am a bad builder, I won’t get professionals.

I’ve got to do everything myself – I’m always building decks and garages and rebuilding things that don’t need to be rebuilt. That’s also my escape. 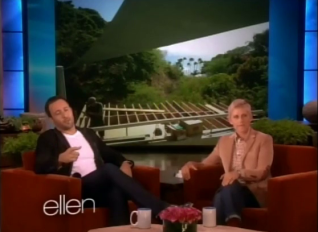 Margaret: And do you and your girlfriend, surfer/model Malia Jones, want a daughter some day?

Alex: When Malia was pregnant with Lion, she was convinced that it  was a girl. We chose a girl’s name, but when we went for the ultrasound, our little girl had a penis!

It would be wonderful a little girl but we have three boys and they’re so much work – I can’t imagine a girl in there. It would be the best or the worst thing that ever happened to me.

Margaret: What do you look for in a partner?

Alex: There’s a collection of things – a sense of humour’s really important and the ability to not take yourselves too seriously.

Also to be able to talk to the person who I’m with. I’ve had relationships where I can’t really talk to them.

I’m in a relationship now where I can talk about anything. The ones I couldn’t talk to drifted away. You spend so much time together, you must have a good time. 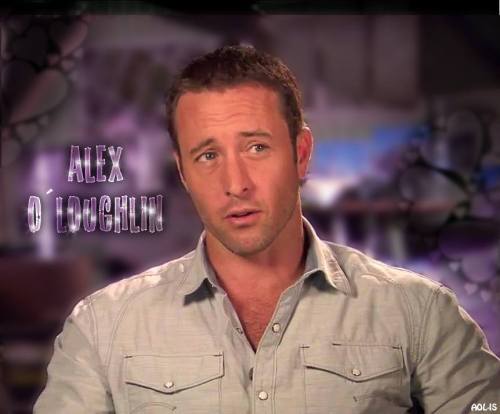 For those of you who celebrate Father’s Day today and who are still fortunate enough to have your father with you – we hope you enjoy a lovely day with him!

3 responses to “Straight from Hollywood: #AlexOLoughlin – Tough guy with a soft side. (October 2013)”