Alex in an uncut interview

with Erin Cebula from ET Canada

Erin: Alright, so my friend, how have you settled into Steve sandals? Are you there?

Erin: Yeah, are you in there? Like have you settled into the character, do you feel like you’re there?

Alex: What is Steve Sandals?

Alex: Oh, how have I settled into Steve’s, sandals? I thought ‘Steve Sandals‘ was a person.

Erin: I mean shoes? You are in Hawaii … it just doesn’t seem appropriate. 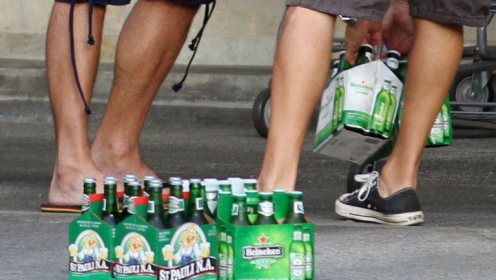 Alex: And the thing is this is the only part of the planet where they´re called like …….

Alex: It is my choice.

Alex: It’s not true, I could never…. I had to wear one once at drama school, under my tights. Because I had to wear tights for 3 years.

Every time I had to go to one of those dance classes it was terrible. I just kept picking it out of my backside. I was like, “How do you  wear that?”

Erin: That’s why they call it ‘bum floss’.

This is really going downhill fast.

How am I settling in?

You know what, it’s great. There’s so much work to do. We did a six-day week last week. Like today we started at 7 am and we’re going to finish at midnight.

We are all sort of shell-shocked after the four and a half months, but it’s good.

Erin: Are you constantly convincing people, that you’re not just here to play? That this is really a lot of work?

Alex: Well you know the thing is people go …. it is a huge amount of work. And the show is ….. especially for Scott and I.

We kind of do all the heavy lifting on the show. We’re in every day and like I said we’ve worked a bunch of weekends. Sometimes we’re lucky to get a day off .

And people call, “Oh you’re in Hawaii, it must so difficult. You’re so lucky”. You are not going to say, “Well actually…..”. It helps a bit, in perspective.

Erin: It is, it’s Paradise.

Erin: How tough is it to keep the accent at bay? Does it come out after 14 hour days? When does it emerge?

Alex: It’s funny you mention that. It’s not something I ever think about, unless I get very fatigued.

When I’m very very tired, I’m doing the American accent and all of a sudden I start talking like this. Like sound will come up to me and go ……

Erin: Are fans surprised all the time, that you’re not an American?

Alex: New fans are. I guess my fans know I’m an Ozzie and they’ve heard me do different accents and stuff.

But I do still get people pretty regularly being surprised, going “Oh my god, what’s that sound?”

Erin: Yeah, what is that coming out of your mouth?

Now your character is definitely a disciplined, focus individual. Any comparisons? Any similarities between you and Steve?

Alex: Well a little bit. I mean he’s … I mean, I am very disciplined. I’m pretty driven, I’m focused too. I work really hard. I have a good work ethic, that I got from my family. I have all these things.

With Steve,  will never stop.

Erin: Steve does not have balance in his life?

Alex: He has no balance.

Erin: Steve doesn’t surf or chill out or have Mai Tai’s with his friends?

Alex: No, there’s none of that. Why would you do that?

Erin: And I’m guessing you do all those things?

Alex: Yeah, I do all those things.

Erin: How, has your surfing been coming along?

Alex: It’s coming along really well. Thank you for asking.

I’ve got a couple of boards now. 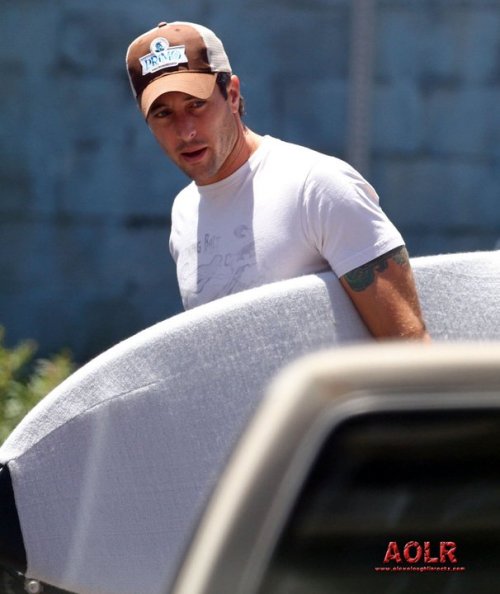 Alex: It’s a tough sport, man. Last weekend I got the best wave ever. I got my first like ….. on my short board, got up and rode the face and I was like, and I was yelling and no one was watching.

Erin: No one saw?

Alex: Oh they were all trying to get their own waves, but I just thought it was the greatest thing ever.

Erin: But you know it happened.

Alex: It was amazing.

Erin: It is an exhilarating feeling for sure. I’ve only caught a little wave, but I do know the feeling.

Erin: Is that how you are staying in shape? Because I know you are taking your shirt off a little more and more in each episode…

Alex: It’s funny I find it very difficult to find time to work out or do anything.

And so I think they are probably going to start writing less and less of those shirtless scenes.

Alex: I’m going to just ‘Tony Soprano‘ out, season by season and be ‘Jabba the Hutt‘ in Season 6.

Erin: That’s not going to happen.

Erin: You’d have to be bed-ridden I think, to turn into Soprano.

Alex: I probably will be at this rate.

Erin: Well if you go out there on the big big waves. Be careful.

Alex: You know I have no inclination. There is not one ounce of my fibre, that would want to be out there.

Erin: Well the series would pretty much be done too, if you went out there and never come back. So there’s a lot riding on you now.

Alex: It would be amazing, wouldn’t it? Like what a story? Australian actor, he just paddled out into this 50 feet surf. 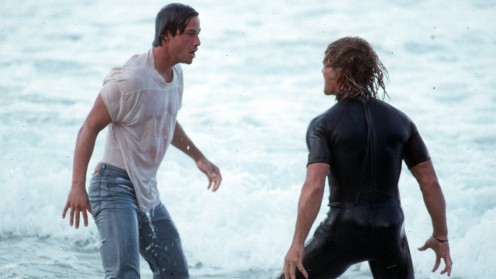 Erin: Argh, one of my favourite movies.

Next question. Do you feel any anxiety, like women do, when you do have to show off the goods?

Alex: I just sort of think it is stupid. I understand it, people want to see nipples and…….

Erin: I don’t know if it’s your nipples so much. I think it’s more like biceps.

I like nipples, what can I say? Whatever it is. I mean I get it.

Erin: A bunch of push-ups before the take and you’re good to go, right?

Alex: Totally, starve yourself for a week and then …

Alex: Steroids. A course of steroids the week before.

Alex: Too many chicken breasts.

Erin: Please don’t turn into Soprano, because I really am enjoying the shirtless scenes.

Alex: So you don’t love me for who I am?

Grace said, that you are extremely playful on set. 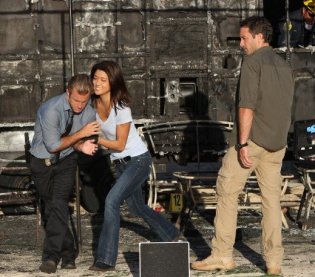 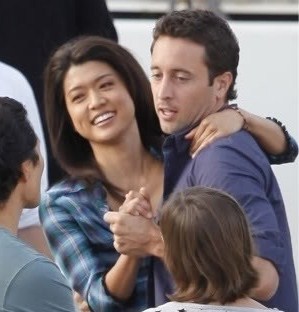 Alex: This is my interview. Okay carry on.

I want to know if Grace has been excepted as one of the boys?

And you get into a wrestle and she will like get you down…..

Erin: Grace? She’s a perfect fit then for this role?

Alex: I feel sorry for her husband man. He would get out of line, he would want to do it right.

She’s good. Grace is great. She’s great. She’s got a really good role and I think she plays the role perfectly. There was a great episode with her, the surfing episode recently all about her and she was wonderful in it. And she’s good.

I work so much with Scott, it’s like when Dan and Grace come in, it’s nice for Scott and I. Okay, it’s when the guys come in and breaks it up. 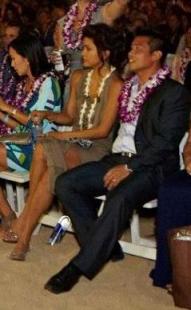 Alex: A new energy and then they disappear for a while. When we do all the Danno and McGarrett stuff again. They are great.
I was actually talking to Peter Lenkov the other day and I was like going, I said, “I think the show is perfectly cast”.

Erin: I agree and I mentioned this to Scott as well and I think a lot are calling it a bromance, between the two of you, but I mean the banter between your two characters, and it’s obvious that you’re friends. Because I don’t think that would come naturally otherwise. 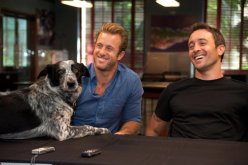 Alex: No you can’t write all of that stuff.

PS. Thank you to Mariu and LouLou for helping us with a copy for this interview. Paula lost her copy with her previous laptop. We will upload the video to our FB soon.

Still, if anyone finds a good quality copy of this interview, please let us know 🙂 the ones we now have are a bit pixellated, but we are grateful there at least was a copy to watch!

(Thank You Jill for sharing your copy)