Because Alex avoids personal interaction on social media (with very good reason in my opinion), the chances for us to communicate with him are so rare……… This is one of those rare occasions. Short, but I think those who participated must have enjoyed it! 🙂

Hope we will have more of these special connections with him in the future……..

Screening Room asked their Twitter followers to send questions for Alex O’Loughlin, star of the upcoming The Back-Up Plan alongside Jennifer Lopez. Here’s how he responded to their Tweets.

catbird01: Is Stan anything like Alex? Did you bring any of your own personality to the character?

alyssaPE: Please ask Alex O’Loughlin, what his most memorable moment was while filming The Back Up Plan?

Alex: That’s a good question. I guess it would have to be the water birthing scene. I think it’s one of the funniest scenes I’ve ever been involved in. Most of the outtakes during the end credits are of us breaking out laughing during that scene. It took forever to film, but it was a lot of fun to do.

OLaughing: Q for Alex O’Loughlin:The Back-up Plan takes place in NYC. Would you ever consider living there if LA doesn’t work out?

Alex: Well, New York is a great city. I’d consider living there, the only thing is that I’d have to get out regularly because I’m a pretty mellow guy and New York has this massive energy and I’d have to counterbalance it with trips back to nature, I think.

( Trivia: Alex lived in NYC for 4 months while filming the movie August Rush in 2006)

AOL_dot_COM: Does Alex have a ‘final goal’ in his career and what would it be? Oscar maybe?

Alex: Well, if I ever get an Oscar, it would mean that my pay rate would go up, which I guess is a good thing. But then again, there’d be a huge amount of expectation that I’d have to live up to. So I think the Oscar nomination is what I want more.

Dr.Malone: In the movie, you play a cheesemaker. Did you have to learn a lot about cheese for the role?

Alex: Um, not really. I tried to learn as much as I could about cheese. I love cheese, I love eating cheese, but – I mean, I learned a bit, but I didn’t think it was necessary to gain an encyclopedic knowledge on the subject.

(Stan “studying” amongst his cheese 😛 )

Alex: I think I enjoy making dramas most of all, stories about real people. I don’t know, telling real stories just somehow seems more important to me, I guess.

(Alex’s character from Three Rivers, Dr Andy Yablonski, was based on the real Dr. Gonzalo Gonzalez-Stawinski)

AOL_dot_COM: Alex has many many fans in Europe. Are there plans for a The Back-up Plan promotion tour over there?

Alex: Yeah, I’m going to London on the 26th. I’ve got a premiere on the 28th in London which I will be at with Jennifer. 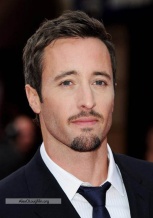 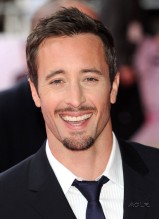 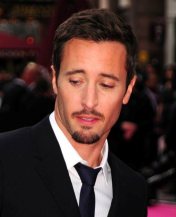 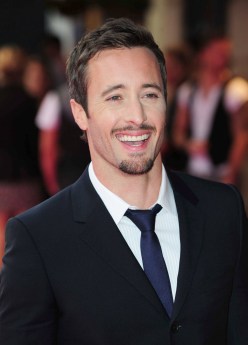 AOL_dot_COM: We know that Alex can’t talk about the Hawaii 5.0 pilot, but can he tell us something about McGarrett’s nemesis?

Alex: That’s an interesting question. Victor Hesse…what can I tell you about him? McGarrett has a huge debt – a life-long debt to settle with this man. And that’s probably all I can say at this point.

Alex: I don’t know. I grew up with a North American and I’ve trained – I’ve done accent training for 15 years, so that helped.

Alex: I’m still trying to work that out. Evidently I haven’t met her yet because I’m still single.

msjheartandsoul: Please ask Alex O if he finds it tough being so far from his son & does his son visit him when school’s out in Oz ~ thank you!

Alex: We both travel back and forth quite a bit, so we do spend a lot of time with each other.

Ozbella: Could you please ask Alex will he be coming home to Oz to promo The Back-up Plan and if he is what is the date, I’m desperate to know.

Alex: I don’t know yet, but if they ask me to, of course I will.

masherl: Man or mouse? What would Alex do if he had to go through a date with someone like Zoe’s friend Mona?

Alex: I’m not sure what that question means exactly, but I will say this: Mona is a fantastic person.

So many things have changed for Alex since April 2010:

Thank you to the closed down site AlexO’Loughlin.org who posted this – I found it on the site before it closed down last year, but I was unable to locate the original source (it seems to be deleted) 😦

“There’s something pretty lovable about him. If you’re in with him, he’ll die to protect you.” 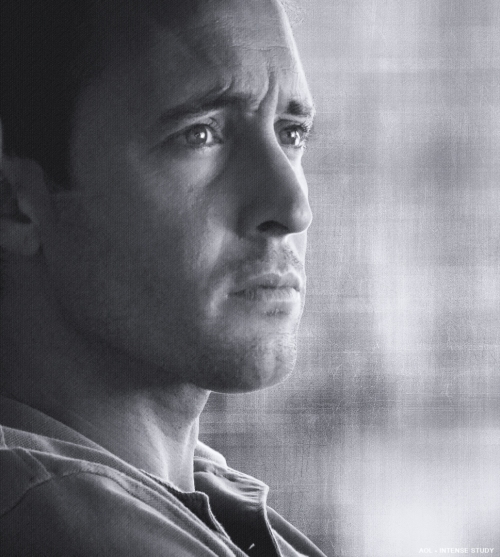 I think after this [Hawaii Five-0] what I’d really like to do is go to sort of smaller stories that speak to me on a personal level and challenge people in other ways that maybe this show doesn’t.

Do you know what I mean?  I’d like to sort of take a step away.”

To Cheryl Hollar (My Take On …)