“As brooding vampire Mick St. John, Alex O’Loughlin injected equal parts hot and cool into his leading-man role. A flash of his smile could make even an undead pulse quicken.” 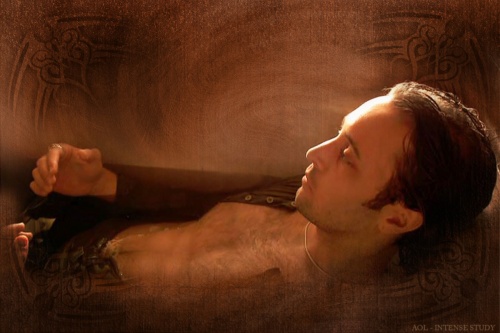 I love the vampire genre, and I love that we’ve been able to manipulate it a little bit and stay true to the fundamental rules, and I love the fact that all of this is shot in a modern-day film-noir style, with modern action-style direction and photography.

So it’s gonna be a really satisfying show to the audience.”

Filed under Beauty perfected, Mick wants to kiss you gently with his fangs.

Unsub with a heart of gold? #AlexOLoughlin talks Criminal Minds

Alex O’Loughlin has survived the unfortunate demise of his cult favorite CBS series Moonlight, and is moving on. One of the consistently good parts of that sometimes wobbly show, it was only a matter of time before O’Loughlin was snapped up for a million other things.

Currently awaiting the fate of his pilot Three Rivers, with Julia Ormond (about a team of organ transplant surgeons, based on real life Dr. Gonzalo Gonzales-Stawinski), borne out of a development deal with CBS, Alex is guesting on tonight’s Criminal Minds, starring as Vincent, the unsub who you can’t help but feel a little bit sorry for!

I had the chance to chat with Alex last week about tonight’s episode, what he hopes you get from his portrayal of a disturbed man, and what he hopes for his fans in the future!

My Take On TV

Question: I had the chance to watch your episode of Criminal Minds and I have to tell you. That show does some creepy stuff, and I mean this as a compliment, your character is super creepy!

Question: Where did this role come from?

Alex: Simon Mirren, the writer, and co-executive producer on the show is a friend of mine. He said, I’m writing a role with you in mind, I want you to read it, and do it. I said, Really? Okay. I read it, and I was like, this is great. I really want to do it, and talked to my agent. I was like, look, the role, blah, blah, blah. I’m talking to CBS, they said I can do it. How do you guys feel? They said, well how do you feel? I said, it’s perfect, let me do it.

I hadn’t worked for like 10 months, so I thought it would be a great way to blow out the cobwebs and get ready for the pilot, and they were like, well, we’ve got your back! So I did it. I’m really glad I did it!

Question: The character itself, you do so much with an almost wordlessness. So much is conveyed physically. What kind of preparation goes into a role like this?

Alex: My main preparation was of course looking at the condition of Obsessive Compulsive Disorder, which I have little tiny elements of in my life anyway, but I’m certainly far from ruled by it. I think a lot of us have little things – some people don’t step on the cracks, a lot of us don’t even realize we’re doing it, we tie our shoes certain ways and we feel uncomfortable if we do it a different way, and there’s an anxiety within us.

This was an exaggerated form, and it happens to certain people, it’s so unfortunate. The condition gets ramped up to a certain point where their entire life is taken over by these behaviors that they have to go through to stop the anxiety that they’re experiencing. Their whole life is catered to dealing with anxiety. So, I made some choices for the character, all my choices were based around this condition he suffers from.

Question: You got to interact with the fantastic Jake Cherry, who is one of the best younger actors that pops up all over the place. You didn’t get to really interact with the team, though. Had you known any of them coming in to film?

Alex: No, not really. Not too much. 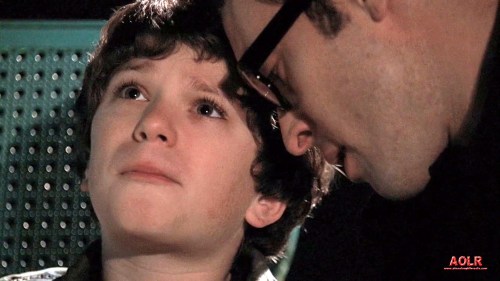 Question: And you said you were friends with Simon, I’m sure you a fan of the show?

It was terrific. It was almost like being a fan of these guys and this show, and then finding myself on set going, hey! Coolest show! Like when I did The Shield, I couldn’t believe it, I was like, “Holy Shit, I’m on The Shield. Oh my god!”

Question: Why do you think people should tune in to this episode specifically and keep watching?

I think the spirit of the man himself is beyond salvation and that’s what I as the actor went for, you know? 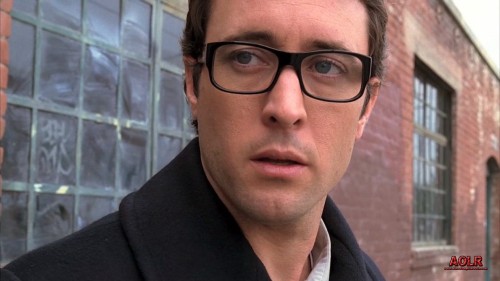 Question: Right, making an unsympathetic character very sympathetic because you kind of feel for this really sad man.

Alex: Right, and the thing is, inside of all of us, I don’t care who you are, at least at one stage in our lives, we’re lost. We’re trying to be found and we want to be found, and we need to be loved. It’s inside all of us. It doesn’t matter whether you’re the executive of a network TV show, or you’re a movie star, whether you’re, fucking, Gandhi. I’m sure at a point in all of our lives, I don’t know about Gandhi [laughing], but for the rest of us, there’s a point for all of us where we need help. We need someone to take our hand, and take us to the light, and point us in a direction.

This is just another example. The thing is, there’s that old saying, like we all matter. You matter, I matter, this character Vincent matters. It doesn’t condone his behavior. I’m not saying that the killing is okay if you’re fucked up. I’m not saying anything like that. What I’m saying is that we all matter, and it’s my job to be a humanist and look at it from that point of view, and find the inroad.

Maybe it’s because I know Simon so well, I understood exactly what he meant with the character, and I hope that I conveyed it through my performance, and if I haven’t, I apologize in advance, but I understood Vincent’s anguish, and I understood the desire for salvation, and I think before the end, he rests assured of himself. He’s not all bad. 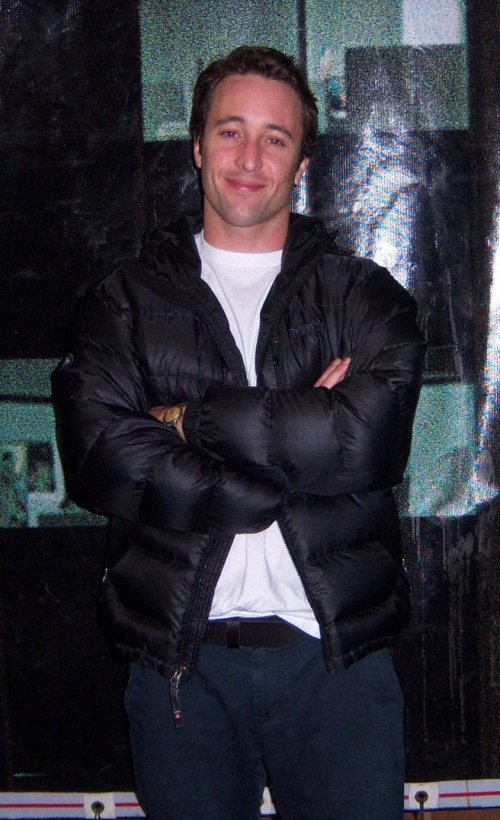 Question: Switching gears just a little bit – your fans are some of the most vocal that I’ve seen in recent years, still getting emails about Moonlight and where we can find Alex, and the rest of the team. Do you still get a lot of fan outreach now?

Alex: Yeah, yeah, they’re very consistent in their passion, which is lovely, I love them for it, so much. I hope they follow me into my career, and my next project. I mean, every character is not going to be Mick St. John. It’s just not.

I’m always going to play different characters and hopefully they will find …….. I think my fans, because they’re so, comprehensive, with their study of me, and their research [laughs] of me, I think that they’re probably starting to get to know me a bit now, as well, and if they’re still my fans, it means they still like me. If they still like me, hopefully they’re going to like what I like in the characters that I choose. You know what I mean?

Question: Oh yeah, they’re going to understand the thought processes in your choosing each character.

My fans are so caring, they send me so many well wishes, and lovely cards. Beautiful paintings. It’s amazing, I’ve never experienced it before. It can be a little overwhelming, I’m just like anyone else. Can you imagine, like opening the mail, and getting 1,000 letters? It can be really weird, really bizarre.

Question: I’m not sure I could handle it! 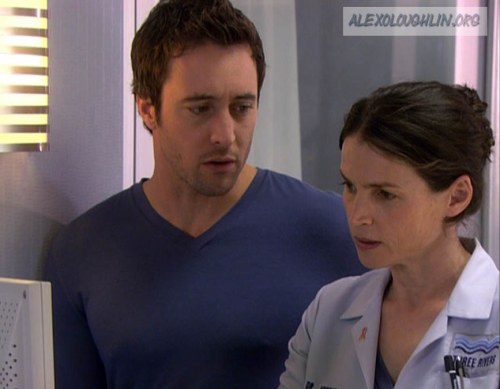