I did not watch Battlestar Galactica and therefore I did not have any clue who Grace Park was before Hawaii Five-0. However I did realise after a while that she was the girl who I saw in one of the ‘Human Target’ episodes. I loved her character in that Episode 1:09 of Human Target and thought she did a great job with her guest role.

For those of you who don’t know, Chi McBride who plays Lou Grover in Hawaii Five-0, starred in Human Target and was in a great partnership (bromance) with Mark Valley in the series. Although it only had a 25 episode run, it was thoroughly entertaining (for me in any case 😀 ).

During the past seasons of Hawaii Five-0, apart from Grace Park, there has been a number of ladies who I also recognised from appearances in ‘Human Target‘. This is my little trivia post about them:

Some other ladies only played smaller parts in both the series: 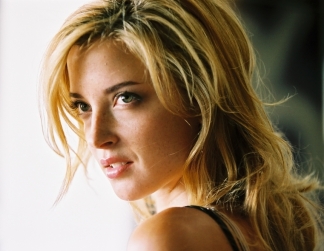 One lady who  appeared in Episode 1:10 of Human Target is Moon Bloodgood, but she has not been in Hawaii Five-0 (yet). I would love to see her in it, because I think she is good at playing a strong action-female. She and Alex also share something odd that not many actors do. They both played pilots in Antarctica – she in the Paul Walker movie, ‘Eight Below’ and of course Alex in ‘Whiteout’.

Our Alex picture of the day:

We think Hawaii Five-0 is and have always been thin on the presence of some good strong women to match up with Steve and his boys. Any suggestions of who you would like to see playing around with these guys? 😛

Just to clarify – this is no about finding a Cath replacement at all. It is just about some good fun female characters.