I like to tinker. I have lots of guitars and I’m always making a racket.

It’s been a hobby my whole life – and I don’t profess to be good at it, but I enjoy it very much.

Before our talk, I saw the actor (Alex) standing in “Video Village,” where the crew members viewed a scene being filmed, while O’Loughlin took turns switching off with Chiklis (who was also directing the episode) playing a bass guitar a crew member had loaned them.

IGN Interview on the set of Shield 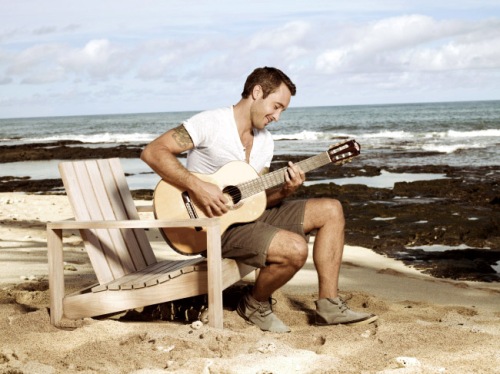 August Rush was a wonderful experience for me.

I read the script all the way through while I was shooting The Invisible and I loved it and I read it again. I knew I had to be part of that film. I put down 2 tests at a studio in Vancouver.

I played guitar and sang a couple of songs and did a few dialogue scenes.

It’s a hobby for me, but I’m never alone if there’s a guitar there.

15 responses to “#AlexOLoughlin Loves to Tinker”