With Alex O’Loughlin ……… it’s always worth a try ♥

When it comes to Alex, it is always worth the try…… there is always some reward for a fangirl, when he is involved! 🙂 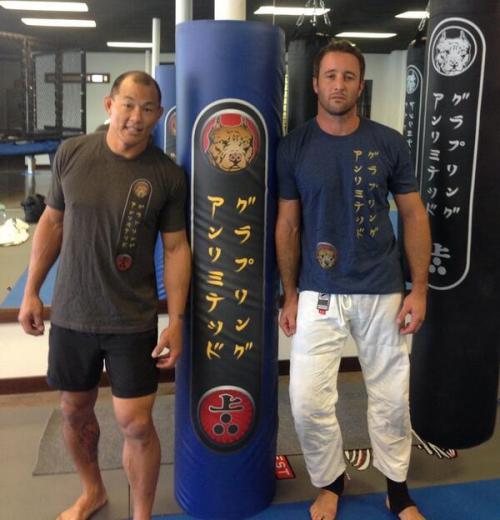 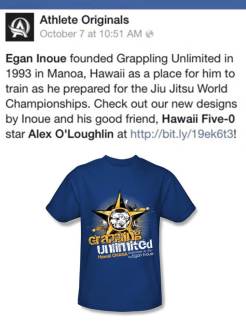 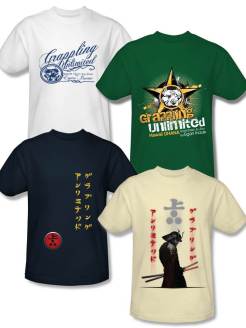 As part of a promotion for the T-shirts, Athletes originals ran a photo competition. We got the winner’s story……

I already owned some of the t-shirts from Egan, I love the design and they are comfy for my workouts, plus I saw Alex wearing them in pics and having them it kinda made me feel closer to HIM, silly I know, but that’s me!
Alex designed most of the t-shirt together with Egan, I think the one with the Samurai is really cool.
Anyways, in March a friend of mine on twitter said that there was a contest from Grappling Unlimited and Athlete Original about sending a pic wearing Egan’s t-shirts.
Egan and Alex would choose the winners plus there would be a 25% of discount buying a t-shirt that weekend.

This was the competition:

I immediately decided I would take part, for fun and because the idea of Alex looking at a pic of mine for just 2 seconds made me giggle like a 3 years old.

I put some thought into what the picture should look like, I knew I wouldn’t be neither the prettiest nor the fittest of the contenders so I decided to focus on a couple of things I knew Alex and Egan would like, fun and the concept of team work.We know that our boy is always up for a giggle. So I sent two pics, the 1st one, because of my silly slippers.
And the 2nd one, I thought, lets pretend I’m lifting the weight just with one finger but make it clear that there is a trick there! I captioned the pic “Team work”.

I forgot all about the contest until yesterday, when my time line filled up with congratulations and finally I found the tweet from Athlete Original:

Congratulations to @howmanymanu who was handpicked as the winner of our #GrapplingUnlimited contest by Egan Inoue and Alex O’Loughlin! She will be receiving a $200 #AthleteOriginals shopping spree! #TGIFive0 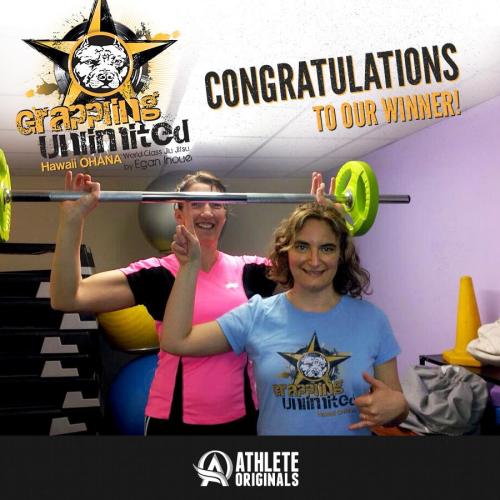 I couldn’t believe my eyes, Alex and Egan picked my photo? No way. I started laughing and nearly crying at the same time, I was so excited that they like and appreciated my humor. The news got me brain-scrambled for a while, I just couldn’t get my head around the fact that the guy I have dreamt about for the past few years actually saw my pic and liked it.

Funny thing is that after his Wedding many people told me “Oh now you’ll have to find another celeb crush”! Not going to happen, I love and admire our Alex now more than ever, he always gives us more reasons with his talent, down to earth manners and caring personality.
So thank you Alex and Egan for making my day….week….oh well, lets even say month

Thank you to Manu for once again sharing your Alex-experience with us. 🙂
You can also read Manu’s story of her trip to Sunset On The Beach at Waikiki beach in Hawaii, in September 2013:
When I became background extra on Five-0
And her story about the Self Defense Seminar:
The Alex O’Loughlin experience that I will treasure for the rest of my life…
******
Some random pictures of our most favorite t-shirt model 🙂 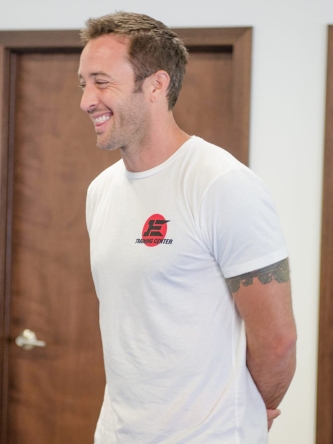 Should this even be covered with a t-shirt?

Hope you all have a great weekend!