Alex on the Late Late Show with Craig Ferguson

Craig: My next guest, a very very talented actor, who stars in the new CBS Series – Moonlight. Take a look at this …..

Craig: No, you’re not really a vampire.

Craig: Have you ever met Bob Barker by the way? 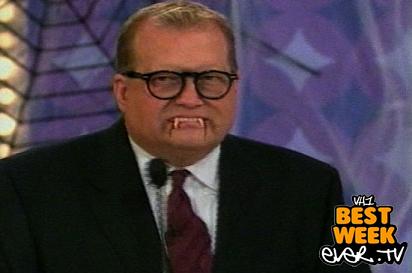 Alex: I believe he has a spot coming up.

Craig: Bob Barker, I’ve never seen him in daylight, ever.

Craig: Vampire Bats, I was in the movie called ‘Vampire Bats’. It sucked, it was terrible.

Alex: I haven’t seen it.

Craig: It was an awful thing, because I thought we were going to make a movie about vampires. And I said, “I’d love to be in that movie about vampires.” And get all the way to the movie set and he said it’s vampire bats, not actually guys in cloaks or busty maidens going “Oh Count Dracula” – none of that …. just bats.

Alex: But did you? You played a fisherman?

Craig: You play a vampire?

Alex: We have fishermen, but I play a vampire.

Craig: Are fishermen heavily involved in this?

Alex: Not heavily Craig, but we try to factor them in. When we found out you played a fisherman in Vampire Bats, we thought for Craig …

Craig: You don’t want me as part of your vampire movie. I don’t do well in vampire setups, I am too chubby. I’m too chubby to be a vampire. I’m too healthy.

You’re a vampire. Do you solve crimes?

Craig: Does that happen a lot?

Craig: Are you like from the LAPD vampire squad or what?

Alex: He’s a private investigator,  so he’s sort of rogue, a rogue vampire.

Craig: What kind of crimes does he solve?

Craig: No one is going to say I can’t find my watch, so let’s get the vampire guy.

Craig: They had a vampire but he was very hairy. I think he was a Hawaiian werewolf detective. He would solve crimes in Hawaii and you could kill him with a silver bullet

Alex: He’d shave the rest of his face, except for the mustache.

Craig: Have you ever met Tom Selleck?

Alex: No, but he is impressive.

Alex: And the hands.

Craig: Every part of him is hairy. I think in his house somewhere, there’s a tyre swing.

Craig: He is. Very nice man. Very talented actor of course. Everybody in show business loves each other. Actually, I like Tom Selleck, I don’t even know why I am saying this?

Now, do you do all your filming at night? I suppose you have to?

Alex: Most of it. I’m going back to work after this.

Craig: Of course, it’s nighttime, nighttime out there in LA

I’m trying to get a picture of this show in my head. Now, who is your boss? If you don’t have a boss, how do people approach you then?

Alex: They won’t answer these questions for me. I’ve asked them, “Who’s my boss?” How do people …… they just appear.

Alex: Garlic is fine. We have a whole mythology that’s a little different to vampires as we know them.

Craig: So what’s the new mythology?

Craig: Sorry, we’re out of time.

Craig: But listen, I am fascinated by this crime-solving vampire. I think this could be huge.

Alex: I hope so. Cause, my magnum head is on the billboard.

Craig: Yeah, that’s right. Where are you from?

Craig: Lots of vampires there?

Alex: Lots of them.

Alex: As a matter of fact I’m not sure about the vampires, but we have bats in Sydney, we have fruit bats. And every night as the sun goes down they sort of move across the city. It’s quite eerie 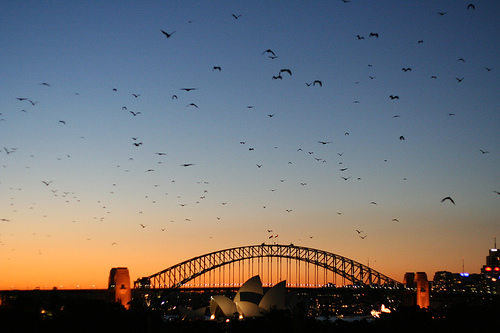 Craig: Where do they go?

Craig: You need a vampire detective for that.

Craig: We’re out of time – Alex O’Loughlin everybody………