This is a follow-up from our second instalment on “A month of Mick” , where we were taking a look at Mick’s jewelry.

It appears that in February 2008, the question about the significance of the ring was asked to Alex and he himself gave an answer to it……. 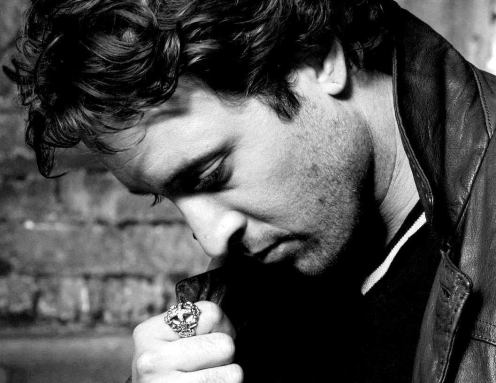 As you can see the ring was chosen even before the first unscreened pilot was made. 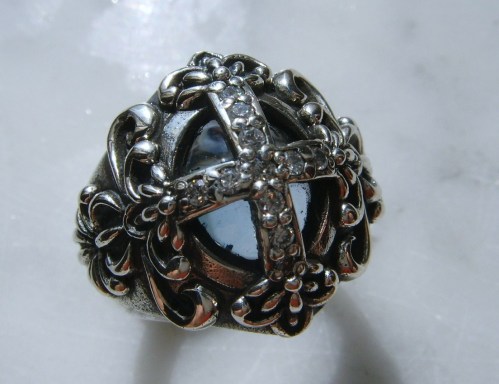 Thank you to ‘Ontlls’ for finding this interview from February 2008 on a Moonlight Fan Blog  (click on the link for the full interview that Moonlight Detective did with Alex).

Here is the excerpt of the specific answer Alex gave about the ring:

ML-D: So I wanted to ask you about that. Do you know what the significance of the ring is?

Alex O’Loughlin: It’s the first thing I chose for Mick, for that character, and I chose that for him when we showed the pilot that didn’t air; the pilot with the original cast.

He looks like any guy, you know? And I wanted him to have one piece one something that was from another time.

ML-D: Kind of a throwback?

Alex O’Loughlin: Yeah, and I know that he’s only, kind of, 90 years old himself, but you know, that ring comes from maybe when he went to Europe one time and he had an association with a six or seven hundred year old vampire and had a love affair with, or, you know, maybe he went to Prague, but it’s definitely from another time and it’s from another place and there’s a definite storyline attached to it that we haven’t sort of released yet and so hopefully you know…

But it’s such a beautiful peace that I was looking for – I said, “I want him to have a ring,” and the guys were saying, like, the producers were asking me what I thought and I said, “Well, I don’t know.”

And the producers were like, “No, no, no, it’s not right. It’s too…” And I was like – I really fought for it and I was like, “No, it’ll be good because…” And I sort of sold it, and it doesn’t actually have any religious iconography, or any fleur de lis, or anything specific on it.

It’s just kind of got cool flower patterns, and there is a cross with diamonds, but it’s not like a crucifix, and so it’s… and it’s got that beautiful moonstone underneath, and so, yeah, it’s just a piece of jewelry that Mick wears on his right index finger, which is kind of unconventional as well. It’s not really a finger I associate ring wearing with, but I liked it, that’s different.

ML-D: It’s a pretty spectacular piece, and it sounds like you put a lot of thought into it. I do hope we get to see a storyline attached to it.

Alex O’Loughlin: Yeah, me too.

To me it looks like choosing the ring was a big part of Alex himself, getting into the character of Mick. Choosing what he wanted Mick St John to be. He was getting himself immersed into the role, thinking of small detail to colour in the bigger picture. We are glad that the ring together with Alex, made the cut after nearly everything else from the original pilot was dropped. 🙂

If anybody should ever wonder why we follow this man’s career, these words from him says it all!

Filed under Beauty perfected, Mick wants to kiss you gently with his fangs.