#AlexOLoughlin – Who loves him and why?

Have you ever wonder where most of the fans come from that follow Alex O’Loughlin? Or do you know how he has built his career over the past 10 years? We have never done a filmography of Alex and as part of doing intense studies, that might be long overdue.

This is where the love comes from:

We have compiled this chart from the visits to our own site for the past 7 months from all the different countries in the world. Although it could be far removed from the actual Alex O’Loughlin fan base, I think it gives a fair indication of where most of his fans come from. We have in the past looked at other sites and their numbers and a similar pattern showed on them.

As you can see the USA takes up more than a third of the people who show interest in our site and in Alex. This chart only shows the countries that got up to 1% of the total visits on their own. At the bottom we have the flags of the up and coming countries of interest. They all have done more that half a percentage point of the total visits.

You can find an Update on how the population of each country affects the rankings here:

And this is why we love him:

He appeared in one episode of this Australian television series in 2003. It was called Net Nanny and he played Dave. For some reason this does not appear on his IMDB list of appearances and we do not have any accurate information about it at all.

He played Ian Mack in Episode 2:1, in this Australian TV series, broadcast in 2003 . He was a suspect in a crime.

He played the male lead by the name of Jack Flange in this Australian movie, first released in 2004. Although this movie does not fall in everybody’s taste, we regard it as a must see for any Alex O’Loughlin fan.

He played Luke Anderson in this Australian TV movie in 2004. This time he was on the wrong side of the law.

Each of the pictures we used for this article, shows the very first close up of Alex in all of these roles. (Appologies in advance for some of the images that are not the best quality) 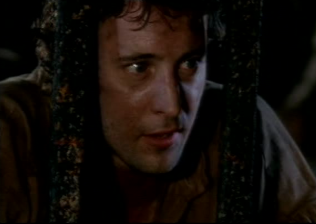 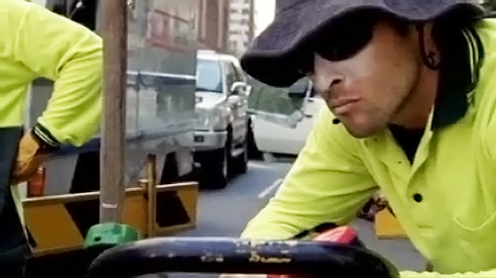 The Incredible Journey of Mary Bryant

Alex as the husband of Mary Bryant, played one of the male leads Will Bryant in this Australian TV Mini-series in 2005. He was nominated for two Australian Awards in TV for this role – For Best Lead Actor in Television by the Australian Film Institute. And for a Logie Award for Most Outstanding Actor in a Drama series.

Although it is based on real historical figures, please note that it was freely romanticized, but really worth the watch. You will never see Alex this adorable again.

He played the small town Deputy by the name of Eric Fraser in this Marvel Thriller directed by Bred Leonard, released in 2005. The movie is not a crowd favorite, but worth the watch to see Alex play a character far removed from the roles that made him famous.

He played a serial killer Michael Carter in this 2005 Thriller. Many fans do not have the stomach for this movie. If you can put prejudice aside, it is really worth the watch. Although the movie fall short on many counts, there are enough good moments to make it worth your while. 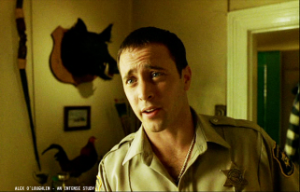 He plays the male part of a kissing couple right in the beginning of this 2006 movie – even before the opening credits start. Don’t blink or you will miss it.

Marcus Bohem is a guy with a criminal past (and present) and with a very dangerous school girl as a girlfriend in this 2007 movie. Alex did not have a big part in this movie, but it was still an essential role and he really created a character out of not much given. Some shots of him in this movie are just gorgeous!

This American TV series is an acquired taste and Alex played a guest starring role of Kevin Hiatt in 7 episodes of  Season 6 – (6:04 – 6:10) that aired in 2007. The series was maybe already on its way out, but still I think a good experience for Alex in the bigger picture of his career.

Marshall Connelly is the brother of one of the lead characters in this movie. The movie was released late 2007 and disappointingly without a two-minute dialogue between the brothers, that can be seen on the DVD as a deleted scene. 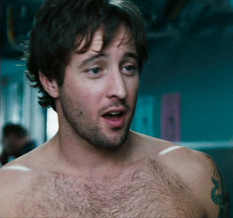 Mick St John was the character that really launched Alex into the wider audience in America in 2007-2008. Unfortunately the series experienced a lot of difficulties, including many changes in show runners and the writer’s strike that crippled a lot of programs in the USA television industry. For anybody who follows Alex’s career, a must see. Don’t look at campy picture of him with long hair and also the vampire show as genre and say ‘this is not for me’. The quality of the character he created is far beyond it all and I don’t think you can say you know Alex’s work, if you haven’t seen Moonlight.

I loved Mick more than anybody.

I had to live in his skin every day and every night for a long time.

As a warm-up role to get him out of a 10 month hiatus Alex portrayed Vincent Rowlings as a guest star in this very popular series in Season 4 Episode 22, in 2009. Once again he showed what makes him so special and good at his craft.

For me personally a somewhat disappointing movie if you look at the list of cast members. Alex is Russel Haden in this 2009 crime thriller. The story, cast and characters had so much more potential than the final product showed.

Alex in his first American movie lead role as Stan in this 2010 Romantic Comedy. Amongst a cast of well-known and famous actors he really shined. He might have been chosen to just look pretty, but he made the character of Stan his own and made him believable, although most people would say men like that, don’t exist in real life.

What a pity that CBS made a mess of this series about organ donation. As heart transplant surgeon Alex plays Dr Andy Yablonski in the 13 episode series, first broadcast in 2009. Once again the great potential of a good cast was not really utilised to bring this story to life. (For me personally this might be one of the most important characters Alex will ever portray, because of its general message to humanity) 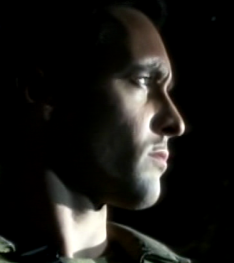 At present since 2010, Alex is Steve McGarrett, a Navy SEAL that became a cop in a special task force for the Governor of Hawaii.

Although I enjoy the show tremendously, I really do hope this is not the character that is going to define the career of the Actor Alex O’Loughlin. There must be lots more potential for him to tell stories of many divers characters. I would love to see them all come to life……..

As an Aussie playing this hugely iconic American character, I feel truly honored. Thanks for trusting me!

85 responses to “#AlexOLoughlin – Who loves him and why?”