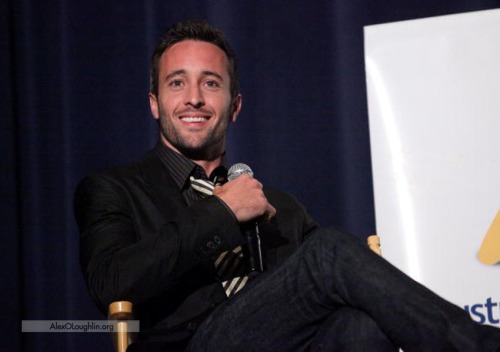 “Look, I get the whole obsessed fan thing. You’ve seen all her movies, you feel that there’s some connection”

How am I planning to approach this story of Alex in a different way than to what you have already seen? There are so many sites telling his story, everybody giving out information. Most of the fan sites revolve around his work, and the characters he’s portrayed, while also keeping us up to date on appearances and personal encounters.

Some of the personal information out there is very speculative. I have had the privilege of time to read a lot from many different sources and to sort some of what is out there. There is so much to read and so much available on him and I, therefore, do not claim to know even half of it. (If anybody can direct me to a reputable source on information that they might disagree with, please help me out with it) However, I want to share what I have found in some organised manner – telling his story from the start, sharing from my own perspective and what has fuelled my fascination about Alex O’Loughlin – the things that make me want to see and learn more about him.

Please note that I am trying to use information from the facts that Alex said and confirmed himself. I am taking into account that many reporters will take comments out of context and make it seem as he is saying something that he isn’t. For instance, an Australian reporter might understand that Alex was talking about something like Footy (an all Australian sport), whereas an American reporter might take what he was talking about as rugby or football, because they do not know that there is a difference, depending on what country they come from.

This is nearly rugby. Normal rugby will have eight men on a side in the scrum.
Alex is playing scrum-half.

I also do not regard any of the sites like Wikipedia, IMDB or any biographies written by third parties on fan sites as accurate (although most information on them seems accurate), unless they can specifically quote a direct and reputable source for their information. Many of these sites quote each other as references without any one of them actually knowing where the other got information. Or they list references that no longer exist (if you don’t believe me, go and click on some of those references)

There is also the time frame of when he said something, to take into account. I for one don’t do things the same way I did 5 years ago. We all change; we get new interests, new places that we love. (Just a silly example – Alex might say how much he is in love with Holly in 2008 and now in 2012 that is no longer relevant) Alex may have said something in regards to how he experienced things at the time of doing a specific role, whereas playing another character will bring on a whole new set of feelings or ideas. We all get new perspectives on the world as time moves on. I love using quotes from what he said, but at some stage, they might become obsolete and should no longer be used.

Even moving to Hawaii has sparked new interests and a new lifestyle for him on so many levels. His story is not complete, it is still being written as I write this. Nothing is stagnant; nothing is cast in stone….

Many of the fan sites have distinctly different stories about him regarding the same matter. Then other sites use the information on their sites and suddenly everyone is thinking he’s Bon Scott’s son (this is just an example, I know that rumour was corrected by Alex himself some time back – I’m just using this as an example of how quickly false information spreads).

I will try to get all the facts straight. And where there are no straight facts to be found I want to point them out. Some of it might be true or not, but I do not want to accept something as fact without the proof. Of course, we will never know everything or even know if what we believe to be true actually is, but I want to get as close to the truth as possible through my research, and maybe along the way give you some little jewels about him as a person.

I plan on offering my opinion on subjects of life in general freely, because they would influence my interpretation of how I see things around him. My aim in doing this is not to say that I think I know who and what Alex is, but more to explain what I see and how I interpret it and how this influences me in wanting to know more and dig deeper and to have a better understanding of who he is. It will be some kind of biography, with running commentary from my own point of view.

He is a man of many faces and talents. Always finding the humour in things, but never taking things for granted or losing sight of the important things in life it seems. His family has always come first for him, as well as protecting them from his public life. Any personal detail I use, will be facts that he was prepared to divulge himself.

From what I gather, giving his all for whatever project he is involved with has always been a priority for him as well. Maybe sometimes to the peril of his own personal happiness. Please enjoy Alex with me…….. 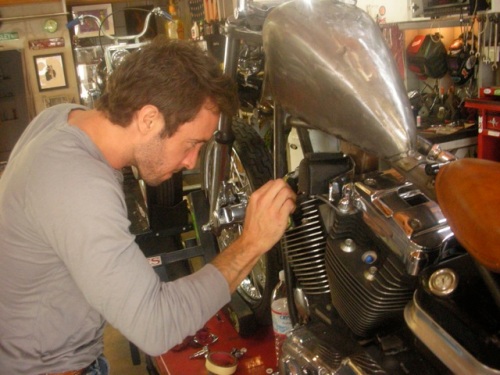